Hi, I'm writing an article on what it means to be a Furry and a member of the Furry community. I have 5 questions I would like to ask and would appreciate any responses and insight. Personal anecdotes are encouraged!

1) How does one discover their fursona? What forms of initiation take place when you do figure it out?

2) What are some examples of language or lingo that is exclusive to the Furry community?

3) What is your favorite thing about being apart of the Furry community? How would you describe the community? How long have you been a member? How has it changed?

4) What are Furry meetups or conventions like? What is the atmosphere? What are the activities and events? How do fellow furries interact with each other? 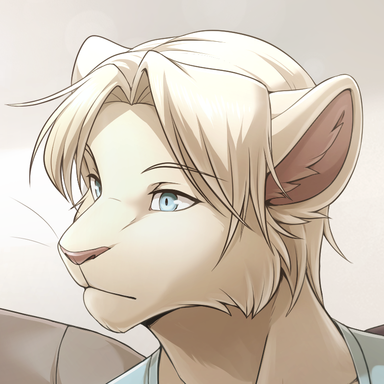 1) I first fell into the Lion King fandom, from my love of TLK in the 90's. Made a few friends in the Lion King fandom, and eventually one of them introduced me to the furry fandom. In doing so, said friend asked what I thought my fursona might be, and, naturally, I chose a lion. I always liked white lions, though, because they're different and kind of "outsiders", like I always felt like I was myself.

2) It depends on who you ask. There are some common ones, like "yiff" (basically meaning "sex"), using words like "paws" instead of "hands", "sona" as a short form of "fursona", "cub" to refer to a child.

3) I don't feel like I've ever been excluded in the furry community. I've always been welcomed with relatively open arms wherever I've gone, either in real life or on the web in chat rooms and such. Growing up, I frequently got excluded from things as a child. Overall, I'd describe the community as relatively understanding of...well, almost anything. I hear few stories of furs ever getting chastised by other furs or made fun of or teased. Overall, I feel like they're fairly kind and compassionate. I've personally been a member of it for about 15 years. The biggest thing I feel like has changed is the venues furries use. When I was younger, forums were a big part of everything. These days, forums are disappearing while the use of apps like Telegram are on the rise. Also, back 15 years ago, furry conventions were very few and far between. Now, they're everywhere and extremely popular.

4) Can't speak on conventions as I've yet to visit one in person. For meetups, I used to attend small ones in Austin, Texas. They were always very casual, just a group of friends (sometimes 15+ of us there) just hanging out, playing video games, eating dinner, watching movies, playing board games, etc. Overall, I'd say everyone interacted with each other not much different than non-furries would at a party among friends, except perhaps personal boundaries are a little less worrisome. It's nothing to get a backrub from someone you barely know, or snuggle on the couch for a movie with a stranger. The United States of 'Merica

1.) I first found the Furry community through Alpha and Omega when I looked through fan art of the movies and people drew the characters as anthros. I admire Furry artwork more than anything; even before I found myself active in the community. My first "forum" wasn't even a forum; it was a Facebook group about Furry pride, where I was super active on it. I never found myself sticking to any one fursona. It changes all the time based on my mood and tastes at the time.

2.) Much like what Coco said; it varies on the individual.

3.) My favorite thing about the Furry community is the artwork. I like story writing -- or RolePlay, as it's commonly called -- but I adore artists who make outstanding art. I feel like Furry drawings and illustrations are severally underrated and deserve more credit than what they get.

1) My initiation was an epiphany. Before 'furry' or 'fandom' were common as dirt, I was drawn to a growing number of anthropomorphic reading material appearing in comic shops which became my priority buy. Through them, I discovered there were people with the same interests in anthropomorphic media on various bulletin boards (yes, THAT long ago). I now had a focus even though I was attracted to animal and anthro related stuff decades earlier including anthro characters I created and drew often feline characters. I was inspired by a anthro character in a comic series and tried creating a similar fox character. This character evolved into a vulpine representation of my work life and I grew closer to him. As some point I realized he was me and he influenced my outlook and behavior in real life that I became known as him in the furry world. That was my initiation.

2) Definitely fursona has ingrained itself in the furry culture. I remember whelpday as an inclusive furry community reference.

3) It's a great sensation to be a part of a special group that has the same love and interests in a very particular look on life through the eyes of us furries like no other group interest. How to describe in so few words, different from anything else yet so familiar. I've been part of the furry community, when I discovered it was an actual thing, since the early 1980s. Yeah, greymuzzle. I can say the novelty and exuberance of a new thing has mellowed over the decades to the point of, get this, accepted normalcy both inside and outside the community.

4) Been to many of both. They are great social gatherings to share mutual interests face to face and feeling the comradery and expression of our enjoyment of the culture. Activities are legion driven by enthusiasm and imagination. At some time or place, you can find it all. Interaction is as varied as every individual you meet. 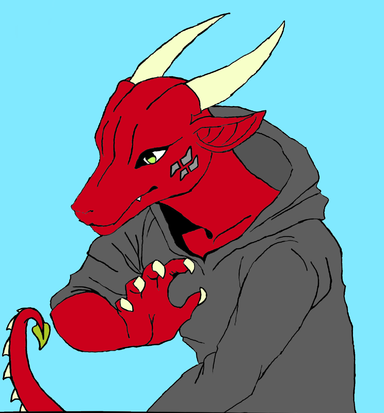 1) I went through a long period of denial as a came from a very anti-anthro web community, and tried to ignore it for a while. Eventually I became complacent and admitted to myself that it was at least species dysphoria. Then after more time I admitted to being a furry. The fursona more specifically came before being a furry, I have always disliked the human body and its limitations and have formed many a mental character that isn't human. I always had an odd connection to fire, and affiliated myself with the creature linked to it, a dragon. It became more and more anthropomorphic over time becoming fully anthro for a while, then I became a furry. With me I also am a wolf because its the closest real animal to my personality, and that chose my decision, and I've always thought wolves were amazing creatures.

2) depends on who you ask, but pretty much what the others said.

3) The community is warm and welcoming, no matter your background its a niceto be a part of. They always try and help people, with problems of any kind and are, from what I've seen, generally nice. I've not been part of the community for long due to my denial of being one, but I'm glad I admitted to it because its a lovely place to be.

Extra notes: Despite the very common misconception by the media, not all furries have or like fursuits. For example I do not want a fursuit, but still am a furry.
You must log in or register to reply here.
Share: Link